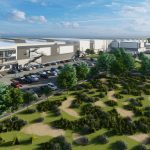 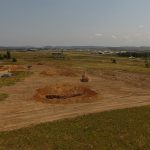 Hard/Johannesburg, 10 March 2020 – ALPLA Group, an inter­na­tional spe­cia­list for plastic pack­a­ging and recy­cling, is buil­ding a fac­tory in the pro­vince of Gauteng for manu­fac­tu­ring according to the latest pro­duc­tion stan­dards. The ground­brea­king work began in February 2020 and com­ple­tion of the buil­ding is sche­duled for summer 2021.

In the past five years, ALPLA has signi­fi­cantly expanded its market pre­sence in Africa with acqui­si­tions and coope­ra­tion agree­ments. This included in par­ti­cular the acqui­si­tion of the African market leader for PET pre­forms, PET bot­tles and clo­sures Box­more Pack­a­ging in 2017. With the con­struc­tion of a new pro­duc­tion site in South Africa, the inter­na­tional spe­cia­list for plastic pack­a­ging and recy­cling is now crea­ting the basis for long-term growth and com­pe­ti­ti­ve­ness in the Sub-Saharan African region. As part of a con­so­li­da­tion, the pro­duc­tion of five exis­ting plants in Har­ris­mith, Denver, Isando, Kempton Park and Sam­rand will be trans­ferred to the new plant in Lanseria.

Pro­duc­tion according to the latest standards
‘Our new plant in Lan­seria gives us the oppor­tu­nity to pro­duce according to modern, glo­bally app­li­cable cor­po­rate stan­dards. In this way, we not only improve the qua­lity of our pro­ducts, but also meet the high demands of our global cus­to­mers’, says Chris­toph Riedl­sperger, ALPLA Regional Director for Africa, the Middle East and Turkey.

As part of the con­so­li­da­tion the manage­ment con­tem­plates that more than 50 employees would be impacted. Accord­ingly, a notice in terms of sec­tion 189(3) of the LRA will be issued. Trade unions have been informed of these intentions.

About ALPLA Group:
ALPLA is one of the leading companies involved in plastic packaging. Around 20,900 employees worldwide produce custom-made packaging systems, bottles, closures and moulded parts at 181 sites across 46 countries. The high-quality packaging is used in a wide range of areas, including for food and drinks, cosmetics and care products, household detergents, washing and cleaning agents, pharmaceutical products, engine oils and lubricants.
ALPLA operates its own recycling plants in Austria, Poland and Spain, and in the form of joint ventures in Mexico and Germany. By signing the New Plastics Economy’s Global Commitment in October 2018, ALPLA has committed to achieving targets by 2025: all packaging solutions are to be fully recyclable. The volume of recycled materials is to rise to 25 per cent of total material usage. 50 million euros is being made available for the expansion of recycling activities.