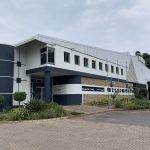 The two com­pa­nies have agreed not to dis­c­lose any details regar­ding the deal.

About ALPLA Group
ALPLA is one of the leading companies involved in plastic packaging. Around 21,600 employees worldwide produce custom-made packaging systems, bottles, caps and moulded parts at 178 sites across 45 countries. The high-quality packaging is used in a wide range of areas, including for food and drinks, cosmetics and care products, household detergents, washing and cleaning agents, pharmaceutical products, engine oils and lubricants.

ALPLA operates its own recycling plants for PET and HDPE in Austria, Poland and Spain, and in the form of joint ventures in Mexico and Germany. Other projects are being realised elsewhere around the world.