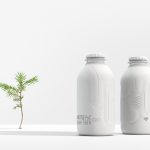 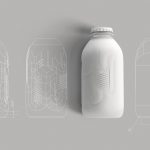 In late 2016, Carls­berg Group reve­aled a first phy­sical pro­to­type of a paper bottle, the Green Fiber Bottle, and the first genera­tion of paper bot­tles has since then been in a tes­ting phase. The plan now is to con­tinue the deve­lo­p­ment to be able to launch and then scale up pro­duc­tion. Fol­lowing genera­tions will be both fully bio­based and have bio­de­grad­able bar­riers thereby fully rea­li­sing the vision and enab­ling con­su­mers all over the world to live more sus­tainably. It is to rea­lise this vision the two com­pa­nies come tog­e­ther on this journey of innovation.

The for­ma­tion of the joint ven­ture is sub­ject to cus­to­mary regu­la­tory appro­vals such as merger con­trol clearances. It is expected that the tran­sac­tion is com­pleted in Q3 2019.

About ALPLA
ALPLA is one of the leading companies involved in plastic packaging. Around 20,800 employees worldwide produce custom-made packaging systems, bottles, closures and moulded parts at 178 sites across 46 countries. The high-quality packaging is used in a wide range of areas, including for food and drinks, cosmetics and care products, household detergents, washing and cleaning agents, pharmaceutical products, engine oils and lubricants.

ALPLA operates its own recycling plants: PET Recycling Team with a site in both Austria and Poland, and in the form of a joint venture in Mexico. ALPLA has been cooperating with Texplast (Germany) on PET recycling since July 2018.

About ecoXpac
EcoXpac is an innovative Danish company specialised in designing, developing and implementing process solutions for moulded fibre bottles. The company follows a strategy striving to introduce fibre-based products in categories dominated by other materials and by so doing contributing to a more a sustainable future.