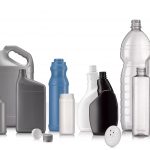 Hard/Guayama, 7 June 2019 – ALPLA Caribe and For­tiflex Inc. signed a stra­tegic alli­ance back in 2018, thereby crea­ting a con­trac­tual basis for an interim solu­tion. The aim is for them to estab­lish them­selves as the pre­ferred pack­a­ging pro­ducer in the Carib­bean and in Cen­tral America.

ALPLA and For­tiflex first col­la­bo­rated in 2017 in the wake of Hur­ri­cane Maria. ALPLA was able to get the power supply at its pro­duc­tion plant in Gua­yama, Puerto Rico, back up and run­ning quickly after the damage caused by the storm – unlike For­tiflex. ‘We were ori­gi­nally only meant to handle some of Fortiflex’s pro­duc­tion tem­pora­rily,’ exp­lains Richard Lisch, Regional Manager with ALPLA Caribe, ‘but a part­nership that worked well deve­loped bet­ween us, and we then made it offi­cial with our stra­tegic alliance.’

Entire pro­duc­tion acti­vi­ties taken on
In accordance with the agree­ment, ALPLA will take on all of Fortiflex’s pro­duc­tion for a ten-year period. A total of twelve injec­tion moul­ding machines were trans­ferred from Dorado to the ALPLA plant in Gua­yama in autumn 2018. Around 30 new jobs have been created at the site. The con­trac­ting part­ners have agreed not to dis­c­lose any fur­ther details.

Both sides benefit
For­tiflex Inc. was founded in 1976 and is well known in the Carib­bean and in Cen­tral Ame­rica for the high qua­lity of its pro­ducts. Its pro­duct port­folio includes wate­rers, troughs and crates for the agri­cul­tural sector and thin-walled con­tai­ners for deco­ra­ting and buil­ding needs as well as for food. ALPLA also offers pro­duct deco­ra­tion, as did For­tiflex, using offset prin­ting, heat transfer or in-mould label­ling (IML) to apply high-quality imprints to the packaging.

Fur­ther infor­ma­tion about the com­pany: www.alpla.com

You can also read a back­ground report by Regional Manager Richard Lisch in our blog: https://blog.alpla.com/en/blog/unternehmen-wirtschaft/making-virtue-out-necessity/06-19

About ALPLA:
ALPLA is one of the leading companies involved in plastic packaging. Around 20,800 employees worldwide produce custom-made packaging systems, bottles, closures and moulded parts at 178 sites across 46 countries. The high-quality packaging is used in a wide range of areas, including for food and drinks, cosmetics and care products, household detergents, washing and cleaning agents, pharmaceutical products, engine oils and lubricants.
ALPLA operates its own recycling plants: PET Recycling Team with a site in both Austria and Poland, and in the form of joint ventures in Mexico and Germany. ALPLA has been cooperating with Texplast (Germany) on PET recycling since July 2018.

From there the company grew manufacturing industrial containers of various sizes, adding decorating capabilities to the different sizes and exported agricultural items mainly to United States and Canada, including Germany, Spain and the UK.

The manufacture of agricultural products was moved to continental USA in 2012 and that of industrial containers remained in Puerto Rico. Today Fortiflex exports to 16 different countries in the Caribbean, Central and South America and Singapore. The US operation, Fortex-Fortiflex, was incorporated in the state of Oklahoma and became a self-standing corporation.