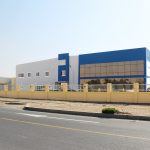 Hard, 13 February 2019 – The pack­a­ging solu­tions spe­cia­list ALPLA, based in Aus­tria, has com­pleted a 100 per cent take­over of Zamil ALPLA. ALPLA and Zamil founded a joint ven­ture in 2008, of which ALPLA pre­viously held a 49 per cent share.

After ten years of close col­la­bo­ra­tion as part of a joint ven­ture, ALPLA has acquired all the shares of Zamil ALPLA. The buyer will con­tinue to run the com­pany as before, and with all employees, under the name ALPLA. Around 390 employees pro­duce pre­forms and pack­a­ging made from HDPE and PET at three loca­tions in Dammam, Jeddah (both Saudi Arabia) and Dubai (United Arab Emi­rates).

The acqui­si­tion was signed on 27 December 2018 and will be com­pleted in the first quarter of 2019. The con­trac­ting part­ners have agreed not to dis­c­lose any of the details of the agree­ment.

About ALPLA:
ALPLA is one of the leading companies involved in plastic packaging. Around 20,800 employees worldwide produce custom-made packaging systems, bottles, closures and moulded parts at 178 sites across 46 countries. The high-quality packaging is used in a wide range of areas, including for food and drinks, cosmetics and care products, household detergents, washing and cleaning agents, pharmaceutical products, engine oils and lubricants.
ALPLA operates its own recycling plants: PET Recycling Team with a site in both Austria and Poland, and in the form of collaborations in Mexico and Germany.