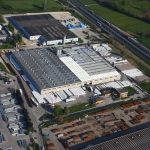 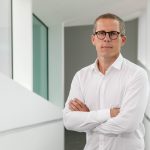 Con­struc­tion of an extru­sion system in Anagni for 15,000 tonnes of rPET a year

Hard, 25 January 2021 – The global manu­fac­turer of plastic pack­a­ging and recy­cling spe­cia­list, the ALPLA Group, is inves­ting more than five mil­lion euros in an extru­sion system for food-grade recy­cled PET (rPET) made of used PET bot­tles (so-called post-consumer mate­rial) at its site in Anagni.

Anagni in cen­tral Italy is home to one of the ALPLA Group’s most important pre­form pro­duc­tion plants. The plant, which cur­r­ently has a work­force of 91, pro­cesses around 50,000 tonnes of PET a year, of which only a very small pro­por­tion is recy­cled mate­rial as of today. But in future a sub­stan­tial por­tion of the volume required is hence­forth to be sup­plied in the form of recy­cled mate­rial, giving cus­to­mers the option of sourcing pre­forms made partly or even ent­i­rely of rPET.

To this end, ALPLA is instal­ling an extru­sion system for 15,000 tonnes of rPET a year at the exis­ting busi­ness pre­mises. The invest­ment sum for con­struc­tion of the buil­ding needed and for the system totals more than five mil­lion euros. It is sche­duled to go into ope­ra­tion in the second half of 2021. Ten new jobs will be created.

Boos­ting the cir­cular economy
Georg Lässer, Head of Cor­po­rate Recy­cling at ALPLA, con­si­ders the invest­ment in cen­tral Italy to be a fore­sighted stra­tegic decision. ‘We want to pro­mote the bottle-to-bottle cycle and avoid down­cy­cling. In addi­tion, we would like to boost local recy­cling solu­tions in a region that does not have the necessary infra­st­ruc­ture for the bottle loop up to now’ the recy­cling expert exp­lains. The demand for recy­cled mate­rial can cur­r­ently be managed well. ‘But with this mea­sure, we are ensu­ring that we can offer our cus­to­mers optimum sup­port with rea­li­sing new spe­ci­fi­ca­tions and tar­gets in the long term too and that we can offer them top-quality recy­cled materials.’

About the ALPLA Group
ALPLA is one of the leading companies involved in plastic packaging. Around 21,600 employees worldwide produce custom-made packaging systems, bottles, caps and moulded parts at 178 sites across 45 countries. The high-quality packaging is used in a wide range of areas, including for food and drinks, cosmetics and care products, household detergents, washing and cleaning agents, pharmaceutical products, engine oils and lubricants.
ALPLA operates its own recycling plants for PET and HDPE in Austria, Poland and Spain, and in the form of joint ventures in Mexico and Germany. By signing the New Plastics Economy’s Global Commitment in October 2018, ALPLA pledged to achieve certain goals by 2025: all packaging solutions are to be fully recyclable and the volume of recycled materials is to increase to 25 per cent of the total materials used. A sum of 50 million euros has been earmarked for ALPLA’s expansion of its recycling activities.