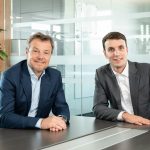 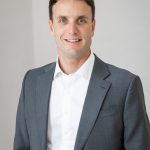 Hard, 6 November 2020 – The Manage­ment Board of the ALPLA Group, the global plastic pack­a­ging and recy­cling spe­cia­list based in Hard, Aus­tria, is being rest­ruc­tured – Philipp Lehner will suc­ceed Gün­ther Lehner as CEO on 1 January 2021, making him the third genera­tion of the family to run the com­pany. Gün­ther Lehner will assume the posi­tion of Chairman.

The com­pany has been pre­pa­ring for this genera­tional change for years, and it will now be effected with Gün­ther Lehner han­ding over the agendas of the Chief Exe­cu­tive Officer (CEO) to his son Philipp Lehner on 1 January 2021. They will visit cus­to­mers tog­e­ther in the course of 2021 in order to intro­duce Philipp Lehner as the new CEO of the ALPLA Group.

As Chairman, Gün­ther Lehner will play a part in the company’s stra­tegic direc­tion in the years to come. One of the focuses of his future acti­vi­ties will be fur­ther deve­lo­ping the recy­cling and cir­cular eco­nomy lines of busi­ness. He will also con­tri­bute his many years of expe­ri­ence in tech­no­logy deve­lo­p­ment and inno­va­tion and will play a signi­fi­cant part in shaping the company’s stra­tegic net­wor­king with cus­to­mers, sup­pliers and other busi­ness partners.

‘I am delighted to be pla­cing the manage­ment of our com­pany in family hands and I am con­fi­dent that Philipp will do excel­lently at occu­p­ying this posi­tion. This will secure the con­ti­nuity that our cus­to­mers and busi­ness part­ners need,’ says Gün­ther Lehner. ‘ALPLA has strong foun­da­tions and is excel­lently posi­tioned to rise to the chal­lenges of these times,’ says Philipp Lehner. ‘I am gra­teful to my family for the enor­mous trust they are pla­cing in me and I look for­ward to shaping the company’s future tog­e­ther with our staff.’

The people
Philipp Lehner (36) joined ALPLA in June 2014 following his business management training, study periods abroad, jobs in the finance and consultancy sectors, and an MBA qualification at the Harvard Business School. On joining the family-owned business, he spent his first six months on a plant trainee programme in Lübeck, Germany. He then served as plant manager at ALPLA Iowa in the USA for 18 months. He subsequently assumed overall responsibility as regional manager of the USA for two and a half years, before returning to Hard at the end of 2018. Since January 2019, Philipp has been CFO of ALPLA, making him responsible for the areas of finance, IT, digitalisation and human resources.

Günther Lehner (61) became plant manager at ALPLA’s newly acquired plant in Lübeck in 1987. He then returned to the company’s headquarters in Hard in 1989 as Head of the Technical Center and subsequently joined the ALPLA management. He became CEO in 2006. Back in 1989, ALPLA comprised 17 plants in eight countries – it now has 181 plants in 46 countries.

More information about the company: www.alpla.com

About ALPLA Group
ALPLA is one of the leading companies involved in plastic packaging. Around 20,800 employees worldwide produce custom-made packaging systems, bottles, caps and moulded parts at 181 sites across 46 countries. The high-quality packaging is used in a wide range of areas, including for food and drinks, cosmetics and care products, household detergents, washing and cleaning agents, pharmaceutical products, engine oils and lubricants.
ALPLA operates its own recycling plants for PET and HDPE in Austria, Poland and Spain, and in the form of joint ventures in Mexico and Germany. By signing the New Plastics Economy’s Global Commitment in October 2018, ALPLA pledged to achieve certain goals by 2025: all packaging solutions are to be fully recyclable and the volume of recycled materials is to increase to 25 per cent of the total materials used. A sum of 50 million euros has been earmarked for ALPLA’s expansion of its recycling activities.