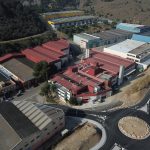 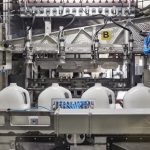 Hard, 4 November 2019 – ALPLA, the global manu­fac­turer of plastic packa­ging solu­tions, is fur­ther expan­ding its recy­cling activi­ties – it is moving into polyolefin recy­cling with its acqui­si­tion of two com­pa­nies based in Spain.

With two of its own PET recy­cling plants in Aus­tria and Poland (PET Recy­cling Team) and joint ven­tures in Mexico and Ger­many, ALPLA has long been an estab­lished partner in the field of PET recy­cling. These ope­ra­tions cur­r­ently have an annual capa­city of 70,000 tonnes. ALPLA is now taking the next step by buying two HDPE recy­cling plants.

ALPLA signed the purchase agree­ments for the acqui­si­tion of Suminco S.A. in Mont­cada (near Bar­ce­lona) and Replacal S.L. in Palencia (north of Madrid) in October. Both busi­nesses belong to a Spa­nish family-owned enter­prise with more than 35 years of expe­ri­ence in manu­fac­tu­ring HDPE recy­clates. The annual capa­city of the plants, which have a work­force total­ling 50, will be expanded to 35,000 tonnes. The busi­nesses will con­tinue to ope­rate under the exis­ting manage­ment. The con­trac­ting part­ners have agreed not to dis­c­lose any fur­ther details.

Avai­la­bi­lity and high qua­lity
‘The invest­ment in the two recy­cling plants in Spain brings us one step closer to our overall goal of being the lea­ding manu­fac­turer of sustainable plastic packa­ging,’ exp­lains Georg Lässer, Head of Recy­cling at ALPLA.

Cir­cular eco­nomy
In 2018, ALPLA signed the Global Com­mit­ment of the New Plastics Eco­nomy, an initia­tive of the Ellen MacAr­thur Foun­da­tion in con­junc­tion with the United Nations Envi­ron­ment Pro­gramme. ALPLA’s defined goal is to expand its recy­cling activi­ties, and it has ear­marked an invest­ment sum of 50 mil­lion euros for this pur­pose. Addi­tio­nally, all of its packa­ging solu­tions are to be fully recy­clable by 2025. The volume of pro­cessed post-consumer recy­cled mate­rials is to rise to 25 per cent of total mate­rial usage.

About ALPLA Group:
ALPLA is one of the leading companies involved in plastic packaging. Around 20,800 employees worldwide produce custom-made packaging systems, bottles, closures and moulded parts at 178 sites across 46 countries. The high-quality packaging is used in a wide range of areas, including for food and drinks, cosmetics and care products, household detergents, washing and cleaning agents, pharmaceutical products, engine oils and lubricants.
ALPLA operates its own recycling plants: PET Recycling Team with a site in both Austria and Poland, and in the form of joint ventures in Mexico and Germany. ALPLA has been cooperating with Texplast (Germany) on PET recycling since July 2018.

About Suminco S.A. and Replacal S.L.:
The two companies belong to a Spanish family-owned enterprise with decades of experience in recycling polyolefins. To date, their high-quality HDPE recyclates (HDPE = high-density polyethylene) have primarily been used for the manufacture of corrugated pipes for sewage and rainwater and for other special pipes.

The annual capacity of both plants, which have a workforce totalling 50, will be expanded to 35,000 tonnes. Suminco is based in Montcada near Barcelona, just 15 kilometres from the port, while Replacal is located in Palencia near Valladolid in northern Spain.