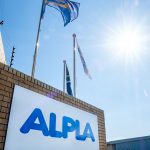 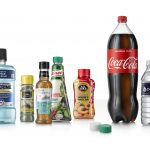 ALPLA to appear at Propak Africa

Hard/Johannesburg, 27 February 2019 – The lea­ding inter­na­tional manu­fac­turer of plastic packa­ging, ALPLA, is taking part in Propak Africa in Johan­nes­burg on 12–15 March. The trade fair is one of the most pres­ti­gious plat­forms in the region for the packa­ging and other related indus­tries.

ALPLA has been con­ti­nuously expan­ding its market pre­sence in Africa in recent years. The packa­ging spe­cia­list has been involved in this growth market since 2014. In 2017, the acqui­si­tion of the market leader Box­more Packa­ging gave ALPLA a broad basis to enter the South African market. ALPLA is now taking part at Propak Africa 2019.

The event will take place in the Expo Centre in Johan­nes­burg from 12 to 15 March 2019. Over 600 exhi­bi­tors are expected according to the orga­niser, inclu­ding rep­re­sen­ta­tives from the food pro­ces­sing, packa­ging, plastics, prin­ting and label­ling indus­tries. ALPLA’s experts will wel­come visi­tors at stand E12 in hall 6.

ALPLA works with the latest tech­no­lo­gies and pro­duc­tion pro­cesses. With its own tool and spe­cial machine con­struc­tion, it can gua­rantee quick deve­lop­ment times and high-quality packa­ging sys­tems. ‘We want to take on a lea­ding role in the African market and actively shape the future of the packa­ging industry. We’re in a posi­tion to launch new ideas on the market very quickly,’ says Regional Manager Chris­toph Riedl­sperger. Chris­toph is respon­sible for the Africa, Middle East & Turkey region at ALPLA. ‘At the end of 2018, we intro­duced a new pro­duct line of HDPE milk bot­tles in South Africa. The bot­tles have a sustainable design, are light in weight and can be pro­duced with a high volume of recy­cled mate­rials. The stan­dard bot­tles are avail­able in dif­fe­rent sizes from 250 mil­li­li­tres to 2 litres.’

ALPLA in Africa
ALPLA has had a pro­duc­tion site in Johan­nes­burg since 2014. In 2015, ALPLA took over the Egyp­tian site of Argo S.A. in El Obour. ALPLA streng­t­hened its pre­sence in North Africa and the Middle East with the joint ven­ture with the Egyp­tian Taba Group in 2016. The com­pany has been ope­ra­ting under the name ALPLA TABA since 2017. In the same year, ALPLA TABA opened a new site in 10th of Ramadan City in accordance with the latest pro­duc­tion stan­dards. The acqui­si­tion of Box­more Packa­ging fol­lowed in the middle of 2017 with nine loca­tions. The com­plete take­over of Zamil ALPLA, which was founded as a joint ven­ture in 2008, was com­pleted in 2019.

About ALPLA:
ALPLA is one of the leading companies involved in plastic packaging. Around 20,800 employees worldwide produce custom-made packaging systems, bottles, closures and moulded parts at 178 sites across 46 countries. The high-quality packaging is used in a wide range of areas, including for food and drinks, cosmetics and care products, household detergents, washing and cleaning agents, pharmaceutical products, engine oils and lubricants.
ALPLA operates its own recycling plants: PET Recycling Team with a site in both Austria and Poland, and in the form of a joint venture in Mexico. A collaboration with FROMM/Texplast in Germany has been in place since July 2018.