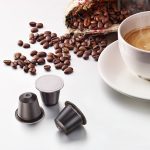 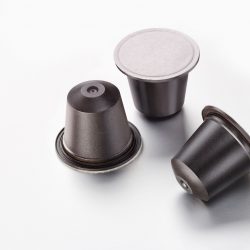 The first user in the world is Amann Kaffee from Vor­arl­berg, Aus­tria. The coffee roaster is pre­sen­ting the new pro­duct as part of the ‘Gustav – fair for con­sumer cul­ture’ trade fair in the Dorn­birn trade fair district from 19 to 21 October. Golden Com­pound will also be repre­sented at the industry trade fair Fakuma in Fried­richs­hafen (Hall B4, Booth 4114) from 16 October.

By-product of sun­flower processing
Golden Com­pound uses sun­flower seed shells as a rein­for­cing mate­rial. They are a by-product of the food industry and not in com­pe­ti­tion with food pro­duc­tion. In this way, Golden Com­pound green pro­tects fossil resources and reduces the carbon foot­print. Com­pos­ting the cap­sule gene­rates humus, and the coffee grounds con­tain valu­able plant nut­ri­ents such as pot­as­sium, phos­phorus and nitrogen.

About ALPLA:
ALPLA is one of the leading companies involved in plastic packaging. Around 19,300 employees worldwide produce custom-made packaging systems, bottles, closures and moulded parts at 176 sites across 45 countries. The high-quality packaging is used in a wide range of areas, including for food and drinks, cosmetics and care products, household detergents, washing and cleaning agents, pharmaceutical products, engine oils and lubricants. ALPLA operates its own recycling plants: PET Recycling Team with two sites in Austria and Poland, and in the form of a joint venture in Mexico and a cooperation in Germany. ALPLA celebrated its 60th anniversary in 2015.